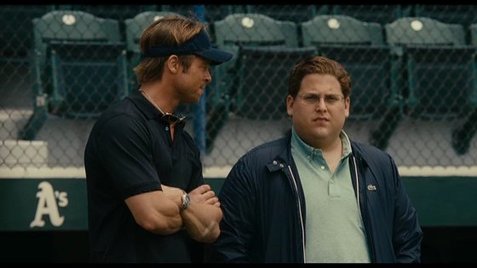 I like movies and one of my favorite is the Brad Pitt starrer Moneyball, which is based on a Michael Lewis book, where a general manager of a baseball team joins hands with an Yale grad to challenge the conventional wisdom on how decisions are made in managing a sports team.

Here is a conversation that happens in the garage between Billy Beane, the GM of the baseball team (played by Brad Pitt) and Peter Brand, sort of a nerd who passionately goes about doing his job with all the intellectual honesty.

“Where are you from, Pete?”

“Where did you go to school?”

“What did you study?”

“Yale, Economics, Baseball. You’re funny, Pete”, says a bewildered Billy Beane with the answers he got.

Though this movie came out in 2011, in that conversation lies a profound reality on what is ahead of us for Future Jobs and the skills for the modern age.

Learning and the skill development culture goes through a transformation with every generation that passes by.

That way, most of the 20th century industries saw the need for clear division of labor and the prominence of single-minded specialization in acquiring skills. This created education systems that encouraged similar outcomes with being a specialist. You had avid learners spending their lifetime mastering a space that is close to their heart, with all the sincerity they can muster.

This was also in a way driven by the primitive stages of the technology revolution, when being a computer engineer, be it on the hardware or the software side, was really considered a niche skill. There were days when data entry into the computer, leave alone the engineering aspect of creating an electronic device, was considered a specialized job for someone.

Thanks to Moore’s law, technology advancement has come a long way in the last few decades and the pace of change is only outsmarting most of us. Rise of smarter machines, digitization leading to automation is slowly nudging out humans in some of the low-end jobs that are either rule-based or that requires a rote skill that can be easily codified.

This really raises the question on what is the place for humans in this new landscape and how effectively can they work with machines.

Many of today’s problems and increasingly so in the future, are just too complex to be solved by human beings alone. The modern age is about the emergence of new vistas of research which are primarily multidisciplinary that integrates technology, social science and humanities. These multifaceted problems of the Future require multidisciplinary skills.

Another way to look at this scenario would be using machines for what they are really good at and using them to augment human intelligence and abilities at a different level.

The Institute of the Future has this to say about the ideal worker of the next decade.

The ideal worker of the next decade is ‘T-shaped’ – they bring deep understanding of at least one field, but, have the capacity to converse in the language of a broader range of disciplines. This requires a sense of curiosity and a willingness to go on learning far beyond the years of formal education.

Coming back to the Moneyball scene.

Often Data Science aspirants ask me what is the right way to get started on gaining skills in this area.

I always believe Data Science is a multidisciplinary sport. As the amount of data that we are able to curate and store increases exponentially, most of the fields these days rely on data sensemaking as a primary tenet. This requires computational skills as a basic necessity, which most of us do. What is difficult to acquire and where most of the firms really struggle with data sensemaking is on the mastery of the subject where data science is really applied.

Hence, being an expert in your field of expertise (Economics and Sports, in the case of Peter Brand), Mathematics, Computational skills and an insatiable Curiosity is what makes a good data sensemaker. Add to that, the art of visual storytelling, if your data science output consists of a good amount of visual narration.

Many could say, ‘Are you kidding me?’.

The change we are witnessing these days on the technology space is also triggering a fundamental shift in the way we approach learning and build expertise in the Future. That way, building meaningful expertise in the Data Sensemaking area would definitely require a multidisciplinary approach.

You just cannot be a master of the tools and techniques alone, which by the day are increasingly becoming easier to acquire.

“Yale, Economics, Baseball. You’re funny, Pete”, would most likely not be funny to bewilder Billy Beane of the modern age.

By the way, here is that scene from that movie that I am talking about.

Work skills of the Future