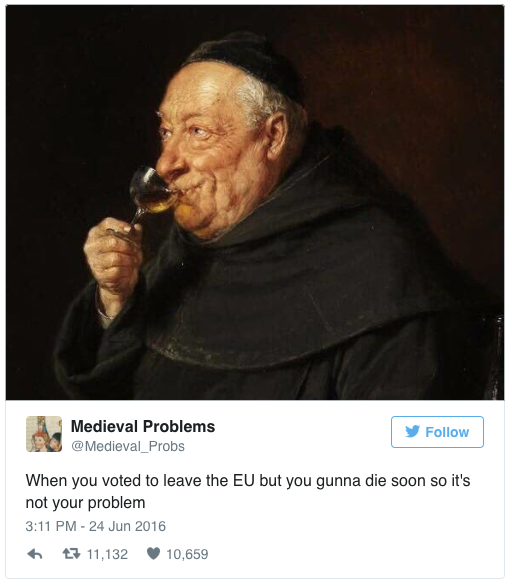 Disclaimer upfront. This is not a political blog.

While the world around us is getting adjusted to the reality of Donald Trump as the president elect of the US, he proved almost the entire media and the data science pundits wrong, though some of them had been consistent in their prediction of Trump’s victory.

This is the second instance in the recent past, where the outcome of a major election turned the prediction of the data science and media pundits into mockery, the first one being the BREXIT referendum.

I personally feel, it is not about the efficacy of the data science models where we went wrong, rather with the sampling, the data that is fed and the learning these models are subjected to, that messes up the outcome.

More and more in a highly fact based world and in our reliance of numbers, we tend to deprive the data science models of the hidden biases that influences the way in which humans make decisions. It may not be black and white as we would tend to believe and it is almost like an elusive dark matter, the vagaries of it we often fail to understand. We seem to vastly undermine the uncertainty of things we really don’t know and hence, there is a chance that these models need to weigh-in, to a major extent, the current environment in which we presently live and the hidden forces that influence the decisions we make.

Yesterday’s result is the second major instance in the recent past where the so called alternative right values, based on a scary belief of nationalism, xenophobia and a fear of a possible future apocalypse has heavily influenced an election outcome.

Similar trends were very much visible during the BREXIT voting as well, where the post poll data analysis clearly showed how the people’s decisions were highly influenced by gut feel than facts. Many of them dint even know what they were rooting for.

There is an underlying corollary in these verdicts – it is clearly a choice between a fact based world that is based on logic versus a gut feel or emotions based world, primarily driven by the high decibel vitriol in the social media where everyone’s opinion gets a reach far deeper than the prime time media. What we are seeing is a classic conflict between these two.

The other aspect that intrigues me is the way different demographics vote and what influences their decision making process. In the case of the US elections, here are some interesting insights. The top one  is the map on how the millennials voted, compared to the one on the bottom, which is the reality.

Surprisingly or not so surprisingly, this is a repeat of the the behavior that was observed during the BREXIT voting. Many of the aged graciously influenced (rather messed up) the decision for the future younger generation.

Today, there are numerous reasons for the aged to feel increasingly uncertain about the future with some of the possible causes that could include a world that is changing at a pace we cannot keep up with, impact of technology they hardly understand, the realignment of the masses due to the refugee crisis, healthcare concerns and globalization. They in turn up to vote in big numbers and influence the outcome that is gong to have a huge consequence on the lives of the future generation.

And the younger generation’s voice doesn’t impact the outcome in a big way because majority of them don’t show up to vote and in a rather apathetic way, many of them even fail to register to vote in the first place. Perhaps, instead of the traditional 1 person – 1 vote culture, it is not a bad idea to weigh the voting by the age – the possible impact the decision would have on your life.

The other demographic of interest is the rural-urban and education level based divide. Trump’s victory has been primarily triggered by the voters from the middle-class, rural belt people with lesser education. One of the key theme of the Trump campaign has been Making America Great again. Apparently this line struck a chord with the vast majority of the people and is attributed to his success. I happen to read an interesting perspective on this mindset in an interview by the author of the book, The Shipwrecked Mind.

People all over are feeling displaced. … so it’s quite natural that unless there’s a picture of the future that is compelling before them, they’re going to feel an urge to return to something that they believe is familiar.

What makes people feel so threatened and pessimistic about the Future?

These are the days where economic growth is not resulting in proportional growth in jobs and the median income of the traditional jobs have been coming down. Perhaps this is the beginning of an across the globe where the effects of macro-economic conditions and education have a strong influence on the voter’s decisions. Below are couple of interesting facts from a Georgetown University study on America’s Divided Recovery since the 2007-08 recession. Not surprisingly, majority of new job created since the recession have been on the highly skilled side.

Whether we like it or not, this is the new reality. The fact is that, either we are losing most of the old age jobs to automation and globalization or we don’t have the necessary skills that are required for the future jobs. I would tend to believe more on the later and this is a huge threat that is staring at our face in the coming days. And, the better paid jobs of today are the ones where we see a dearth of skills and this is the reality we are confronted with today.

As noted by Thomas Friedman in his NY Times column yesterday,

For others it is the dizzying whirlwind of technological change we’re now caught up in. It has either wiped out their job or transformed their workplace in ways they find disorienting — or has put stressful demands on them for lifelong learning. When the two most important things in your life are upended — the workplace and community that anchor you and give you identity — it’s not surprising that people are disoriented and reach for the simplistic solutions touted by a would-be strongman.

I certainly believe, the future is not about going back to the past, however glorious it was and wish there was a Time Machine. Rather the only prudent way to confront the realities of the Future is by getting back to the basics on education and re-skilling ourselves to migrate to better opportunities.

The Role of Conversational AI in Data Analytics