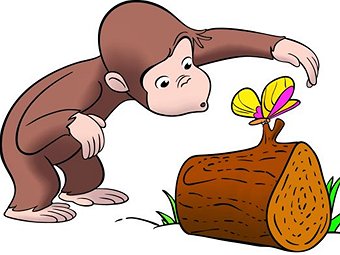 Continuation of the 2 part series. Here is Part 1, in case you missed it.

In pursuit of short term quick wins, increasingly there is a tendency to lose sight of the Basics. Many organizations continue to get buried in their disillusionment on future technologies.  because of their mis-placed priorities around talent creation that promotes learning the digital tools in a 2 minute mode, than really paying attention to build a talent base for the new generation by way of mastering the underlying hard skills.

No wonder we are losing sight of this much needed hard skill – Questioning or Critical Inquiry.

While we get busy with learning the tools of the trade to draw insights out of data, very rarely do we see the merits of this lost art on Questioning. Neither are we specifically trained in this skill.

Armed with the latest spurt in technology and tools, we are getting better at answering questions, not necessarily answering the right questions of purpose. Thanks to many of the ‘self service’ charting tools – not necessarily data sensemaking tools – it is very easy for anyone to churn out colorful charts.

How often have you sat in presentations riddled with pages and pages of charts that often leaves you with a feeling of – ‘So What?’ or that makes you wonder ‘What are you trying to say?’ or ‘What is the message?’.

We are born in this world with so much curiosity that we often don’t stop questioning in our early years. This ability kinda wanes down as we grow up and often, grievously, stops at some point in time as we reach adulthood. Either we become victims of our own self-bias and ignorance or fall prey to the external world of ours that frowns upon any logical questioning.

Today it is a very common scenario in work place meetings where very few talk and this behavior naturally extends into many of our data sense making efforts.

As noted by Warren Berger,

We must become, in a word, neotenous (neoteny being a biological term that describes the retention of childlike attributes in adulthood). To do so, we must rediscover the tool that kids use so well in those early years: the question. You don’t learn unless you question.

Losing this trait on critical inquiry appears to be an universal issue not leaving even some of the Ivy league schools. This is what the well known author and educator Clayton Christensen has to say:

For twenty years I’ve been teaching at the Harvard Business School. And I love this place, but the intuition to ask questions, the curiosity, is much less than twenty years ago.

If all you do as you’re growing up is watch stuff on a screen – or go to school, where they give you the answers – then you don’t develop the instinct for asking questions.

They don’t know how to ask because it’s never been asked of them.

Another acclaimed author of the Excellent Sheep, and educator at Yale, William Deresiewicz has this to say on the students of today.

They are trained to develop expertise in a particular area – trained to solve the problems that are particular to that area. It’s about jumping through hoops, and mastering what’s on the test. There’s no time where students are asked to step back and think about what they’re doing – and why they’re doing it.

How does one develop this trait on critical inquiry? Can it be really taught? The answer is very clear YES!

All it requires is the re-invocation of the ‘Curious George’ mindset in us to have a sense of wonder, inquisitiveness and an inclination to look at things in a way we have not seen before.

Most importantly, this is a much needed and easily ignored skill for anyone who aspires to become good in data sensemaking. To pick a great analogy and to quote one of my favorite photographers,

Gear is nothing; Vision is everything. – David duChemin

Vision – in data sensemaking parlance would be the art of Questioning or Critical Thinking. But, just like any other art form, it has to be patiently learnt and mastered with deliberate practice. There is absolutely no short-cuts.

Talking of asking the right questions, here is a good example of an insightful question that someone tried to answer – a wonderful TED Talk by the social scientist Alexander Betts on Why BREXIT happened and what to do next?

BREXIT is past us now and so is the election of Donald Trump which made so many election pundits take cover. But, whatever reasons you want to attribute that to – be it the rise of the ‘alt-right’ movement or us living in more of a ‘post truth’ world, you cannot hide from the reality of what has happened before our eyes and there is a definite reason on why the voters, be it in the US elections or the BREXIT referendum, voted that way.

Hindsight is always 20/20 and no one saw this silent rise of the alt-right movement across the globe. What the current data rich world of ours offers – to an Inquisitive mind – is the possibility to reason out some of these global happenings and its implications on some of the complex issues we live with these days. With BREXIT voting, it is a profound inference, as Betts calls it,

we are embarrassingly unaware of how divided our societies are, and Brexit grew out of a deep, unexamined divide between those that fear globalization and those that embrace it.

How Digital Transformation is changing the Insuran